By Raising Brown Girls March 15, 2015
As I sit cuddled up on my bed, I decided to turn the TV on and flip through the multitude of Optimum channels. However, there was nothing on that I wanted to watch. As I continued to channel surf, I stopped at two of my favorite channels TVOne which was showing Martin and Antenna TV They were showing WKRP In Cincinnati. I did not want to watch either, so I continued to scroll looking for The Jeffersons. Unfortunately, the show was not on so I turned off the television.

With nothing to do, I laid in bed thinking about the sitcoms and the relationship they had with their spouse as well as with their friends. After comparing and contrasting the relationships, I noticed they all had friendships with other couples. Lucy and Ricky were friends with Ethel and Fred. Louis and George were friends with Tom and Helen. Alice and Ralph were friends with Trixie and Ed. Then I began comparing my relationship to those on the television shows. I realized that my significant other and I do not have any couple friends (friends that are couples). We both have friends (separately) that are in relationships, but they have worse problems than we do. I do not think it would be in our best interest to socialize with any of them at this moment. We do not need any more negative influences in our relationship.

Anyway, I admired the friendships and interactions the couples had among each other in the television shows. In my previous relationships, my significant other and I went out to dinner, movies, amusement parks, dancing among other things with other couples. I will admit, I miss the interaction. The problem is my significant other has no interest in interacting, socializing or meeting new people. I brought this to his attention and his response was, "Why do we need to interact with other couples? They are not into what I am into. We will not have anything in common". I believe his perception would change if he interacted with other couples. I believe interacting with other men would be a good experience for him and will help to create new experiences.  I believe it would be good for him to be around other people who value their relationship and provided encouraging advice (unlike his current selection of friends).

Our relationship is not the best at this moment. We barely interact with each other. I know what I want. I know what I am use to and this is not it. I am not use to this at all and it really annoys me. I think if we interacted with other couples, it would provide insight for him and our relationship. It may allow us to develop a better way of communicating with, supporting, and showing affection for each other. We may also learn something by observing the interaction and communication from the other couples. I truly believe that interacting and having couple friends is positive. However, by the time our discussion ended, I no longer wanted to talk to him.

Do you have couple friends? How did it impact your relationship? What would you do if you were in my situation? 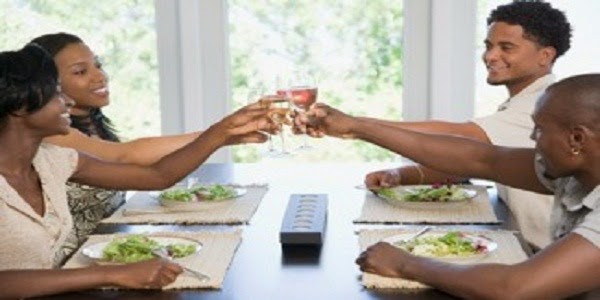