A Rainbow of My Own


While sitting in the middle of my bed after waking up for the second time today, guess what I saw on my bedroom wall? A rainbow. Before you ask, no there was nothing in my window and there was nothing on my television stand that allowed any sort of reflection. I was baffled and amazed. Yet I continued to stare at it until it faded. I believe it was God's way of getting my attention. His way of communicating and relaying his message to me.

There have been days when life seems to get the best of me. I have so much on my mind. It seems as though it is constantly racing. It never slows down or stop. As a result, I often have sleepless nights. There have been times when I wanted to give up which was the easiest thing to do. However, I know that quitting is never an option and not the example I want to set for my two brown girls. I know it is only because of God's grace that my strength grows and I can move forward.

I often pray and talk to God. However, I have been praying and talking to him more and more each day. In the bible, the rainbow is mentioned three times. The first time during the storm and he flooded the world. God said he would never send another flood to destroy the earth. The rainbow is symbolic of God's promise to his people. I know you are probably wondering, how does this relate to my life? What was the message I received from God via the rainbow?

God did not promise we would not encounter a storm or two in our lives. However, he did promise was to never leave us. He will be there to go through the storm with us. This rainbow is a reminder to me that no matter the circumstance, God's light will always shine through. I believe God sent that rainbow as a reminder of his promise to me. His message to me was as follows, although you may have and may continue to experience some storms in your life hold on. Don't give up. Have faith and continue to believe. It is just a matter of time before the rain stops, the storm clouds are gone and the sun will shine bright in your life. There is ALWAYS Light In The Midst Of Darkness.

Below is a picture of my personal rainbow from the first appearance until it disappeared completely. This rainbow is a reminder of my direct connection to the power and glory of God. There is always someone going through something worse than you. I believe this message was for someone who is in a dark place in their life. This someone needed to hear and know that it can only get better. I hope and pray that this message will help someone during their storm. 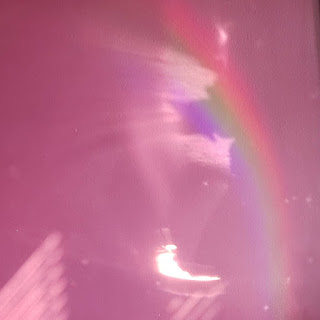 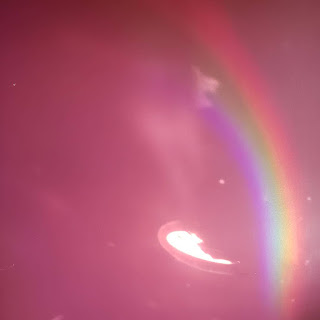 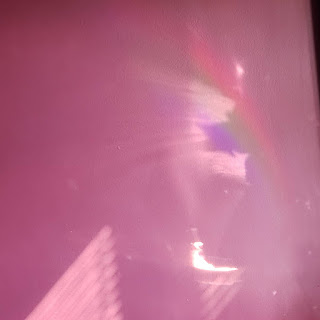 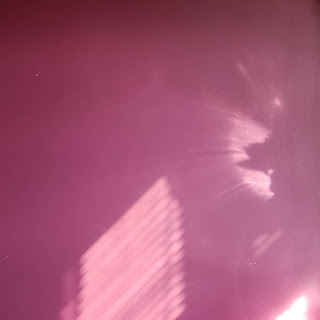