By Raising Brown Girls May 26, 2020
We the people have been in a choke-hold since the beginning of time.We the people of the black and brown community live in a country where we sing land of the free and the home of the brave. The question remains are we really free? Or are we free-ish?
We the people were not able to breathe long before Eric Gardner uttered those very words. We the people has had a knee on our neck for quite sometime and we beyond tired. We are beyond angry, tired and frustrated and emotionally drained. We have been fighting for equality for centuries. Sadly, the color line continues to divide our nation and our communities.
I have heard people say we should be tired of our own killing our own. I am here to say, we are tired. We are tired of the murders and violence done by our very own and others. However, today, I am not addressing the killings done by our own. Today, I am speaking about the racial injustices within the black and brown community.
The recent protests are happening because of the murder of George Floyd. Nonetheless, it is much bigger than his murder or those that occurred days, weeks, months and years prior. Yes, it is about stereotypes, racial policing and profiling against the men, women and children who live in the black and brown community. It is much bigger than this. It is about inequality within the healthcare system.
It is about housing or lack thereof. It is about our federal agencies continuing to use redlining to segregate the communities. We should be able to rent and purchase housing in a state and country in which we pay taxes. Instead our federal agencies continue to build housing in our communities that are not affordable for most. It is about an equal education system where funding and educational resources for our black and brown children can have the same opportunities as than those in suburban communities. 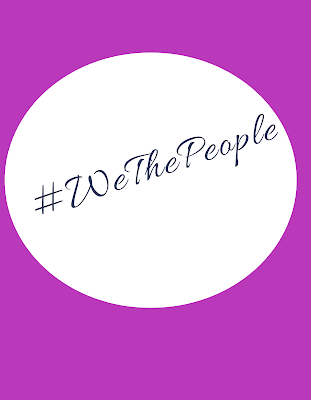 We the people of the black and brown community have rights and it is the government’s responsibility to protect our rights. We have a right to express our concerns via speech and press. We have a right to assemble and protest instead of remaining silent. We have a right to ask the government to fix problems within our communities. We have a right to be treated equally and with fairness.
We have a right to be treated with respect. We have a right to live in peace and harmony. We have a right to live free from conflict and oppression. We have a right to privacy and to be free from unreasonable search and seizures of our homes and vehicles. We have a right to be compensated for our property that has been seized by the government and used for the public. We have a right to feel and know we are safe, free from harm and danger.
We have a right to have a legal system that will make fair decisions. We have a right to have a legal system that will inform us of the charges filed against us. We have a right to an impartial jury. We should not receive excessive bail, fines and unusual penalties. Unfortunately, Kalief Browder was not able to make his bail. As a result, he was jailed for three or four years for allegedly stealing a backpack.
After being in prison for 961 days he finally had his day in court but was quickly sent back to prison for refusing to accept a plea bargain. What happened to his fair trial? Eventually, he was released from prison, but he was still imprisoned mentally. Unfortunately, he committed suicide.
We the people of the black and brown community have a right to be protected. Instead, there is a target on our back. We are targeted by those who took an oath to protect ALL citizens not a select few. We are at a greater risk of being killed by the police even when we are not a threat. There has been a myriad of African American men, women and children who have been the victims of brutality because of the society we live in. In some instances, the assault is recorded, placed on social media and local news outlets for the world to see and some are not.
Nonetheless, the outcome is always the same, “The officer(s) have been placed on modified desk duty pending investigation, based on the outcome of our investigation the officer will not face any charges, the officer has been charged (but never goes to trial), the shooting was justified and the officer(s) will not be charged with a crime.
We the people of the Black and brown community are not safe, nor do we feel safe. We endure police brutality, harassment and other forms of abuse often. We are being shot and killed in our own homes which should be the safest place for us, right? Our homes, a place of comfort, rest and relaxation, right? Well, not so much. As if we did not have enough to worry about, we have a growing concern that law enforcement officers can kick in the doors to our homes at any time and we can be the next Atatiana Jefferson, Bothem Sean or Breanna Taylor.
Again, I say, we are not safe, nor do we feel safe. Those in law enforcement do not comprehend the black and brown residents of the community do not trust them. Therefore, they have a lack of respect for them. Somehow, someway, the trust and respect must be re-established between police departments throughout the nation. Especially with in the black and brown community.
We the people of the black and brown communities are judged not on the content of our character. We are judged because there is a difference in our pigmentation. The fear and dislike of those with a brown or black skin tone is real. The inherent fear and racist behavior displayed among the black and brown communities are not new. Unfortunately, the dislike and judgement of black and brown (women) and men is because of the picture that was painted of us from the beginning of time. Hate, fear, distrust and racism was instilled and taught to them as a child.
Sadly, some of those very same people are now police officers. They have their forefathers to thank for the behavior they now display as an adult and as a police officer. How can you as a human being, a police officer dislikes an entire race? What is your reasoning? What have we as an individual or group done to you?
The next time you are not kicking in the door of a black families home, placing your knee on the neck of a black man, using an illegal choke-hold to restrain a black or shooting and killing a black man, you should ask yourself why do you fear, hate and feel threatened by those in the black and brown community.

Being a Bold Leader

By Raising Brown Girls August 17, 2021
Stop and think about the following questions.   1. What does it mean to be bold? 2. What does it mean to be a leader?  3. Would you consider yourself bold, a leader or a bold leader?  There are several definitions and interpretations of what it means to be bold and to be a leader. My interpretation of being bold is not being afraid to take risks or make decisions (that lead to a positive result). I also think being bold is displaying confidence and courage as someone works to fulfill their purpose in the world. My interpretation of a leader is someone who has good organization skills which is required when working in a team setting or organization. I also think leaders stand behind their teams and works diligently to bring out the best in everyone. My interpretation of a bold leader is a combination of bold and leaders previously stated above. In addition, a bold leader is someone who has a clear vision, purpose, and a plan of action. It is someone who can get tho
Post a Comment
Read more

By Raising Brown Girls May 29, 2020
We now live in shared community. The same community you did not want to occupy or be caught dead in many years ago. The same community that was once affordable and now the average brown family can no longer afford to remain in or rent. Yet you are here, and we embrace you with no issues.  Unfortunately, some of you move in and cause nothing but problems. Instead of us living together peacefully, some of you have inappropriate conversations with underage children instead of speaking to the parent. This is the quickest way to get your feelings hurt (that's putting it nicely). Some of you look for reasons to call law enforcement knowing the outcome of your actions could cause a black or brown man, woman or child to lose their life.  If there is no imminent threat to you or someone else why are you calling the police. Yet, I get it now. This is your way to express you have "control" of the situation you created in your mind. If you did not know, let me say it loud for those o
Post a Comment
Read more