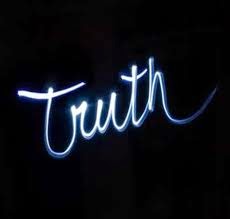 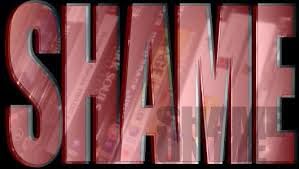 Lying is not necessary. It is so much easier to tell the truth. As quick as you can tell a lie, you can tell the truth. Big, small, good or bad a lie is a lie. I don't know what's worse? Being lied to by a loved one or the fact that a loved one thinks I'm unintelligent and will believe the lie. Well news flash, I find it very entertaining especially when I know the truth.  Lying to me will get you nowhere fast. Lying to me will only make me question everything you say and do. I'd rather know the truth even if it hurts. Lying to me will only make me angry and enraged because you felt you had to lie.

People fail to understand that lying about something provides a temporary solution to the current situation. I can't stress how much easier it is to be honest and tell the truth. Lying requires a lot of work. When a person lies about something, they have to remember that lie. As the situation progresses, it becomes difficult for him/her to be honest, so he/she has to continue lying. Before you now it they have created a web of lies.

Usually, when a person has been confronted about something they said it is because there is a discrepancy in their "story" and it is because they already know the truth.  That is my situation. I am giving this individual the opportunity to tell the truth. What baffles me is the person continues to stand firm in the lie. I wonder if this person will continue to be wrong and strong when I present the evidence to support my case.

Honesty is a major factor in all relationships whether it is with a significant other, family members or friendships. As a result of this lie, I question the validity of our relationship. I cannot trust this person and I have decided to put some distance between us. The truth does not cost you anything, but a lie could cost you everything (friendship, love, trust, respect, etc).

By Raising Brown Girls October 08, 2020
Press Release Brooklyn United (BU) is one of Brooklyn’s most effective Music and Arts Programs . It is a program that offers a creative and safe space for minority inner-city youth. Throughout the years, the program has operated out of churches and other dance studios. During their time at these establishments, BU has been, and continues to be, an inspiration to all who have had a face-to- face encounter or have seen them perform. Residing in New York city, the youth face several challenges and dangers. We all know that an idle mind and too much (unsupervised) free time can change the trajectory of their lives. Brooklyn United has provided an alternative to spending so much time unsupervised. While operating out of the establishments previously mentioned,  Brooklyn United  has been able to offer an afterschool program, Saturday program, programming during school b reaks, Summer camp and more for inner-city youth. During the school year, Brooklyn United offers homework assistance to yo
Post a Comment
Read more