I Just Can't Give Up Now

By Raising Brown Girls June 30, 2014
"I just can't give up now. I come too far from where I started from. Nobody told me the road would be easy and I don't believe he brought me this far to leave me." ----Mary Mary

I'm sure you have heard this song by renowned gospel group Mary Mary. This is one of several songs that I found myself humming or singing throughout the course of my day. Life is not easy. It is overwhelming and very challenging. Yet, it can also be rewarding and filled with joy, happiness and so many memories. The challenge is seeing the rewards, feeling joyful or happy when life events have left you in despair and feeling overwhelmed. I have always considered myself to be a strong person. Nevertheless, there have been several times in my life when I felt  like giving up.

At the age of 20, I became pregnant with my oldest daughter. I took my birth control faithfully every day and I never missed a pill. This was definitely not a part of my life plan, but I believe it was GOD's plan. He works in mysterious ways and he has a funny sense of humor. I believe he blessed me with her to change and save my life. I allowed certain situations and obstacles to take control of my life. As a result of that my life's plan took a detour and I was on a path to self destruction. I have always considered myself to be a strong person, but like everyone I have a weakness. For some people it is drugs, alcohol, sex, food among other thing. For me it was yearning to be loved and accepted from certain people in my life. I cared more about being supportive to them and their happiness than my own.

Then reality set in, I was going to be someone's mother. I did not return to college, but I learned several trades and found employment. I worked everyday to give her what she needed and what she did not need. It was not easy raising my daughter alone, but I had God on my side. He would not have given her to me if I could not do the job. Years passed and it was only Tereya and I. When she was four I met someone and he had assumed responsibility for Tereya.  We dated for a while and almost two years later I was engaged and pregnant with (Nyasia). In 2010 I earned my first degree; I was also inducted into an honor society for maintaining a 3.9 GPA. I did this while working full time and maintaining my household and caring for my family. Unfortunately, due to irreconcilable differences, my (ex) fiance and I split. It was best we went our separate ways.

Let's fast forward to the present. I enrolled in school in 2013 and I am a few classes away from earning my bachelors degree. For the past three months or so, everything that could go wrong has gone wrong. Satan was attacking me. The closer I got to accomplish my goals another obstacle is thrown into my path. When I jump over one hurdle another one appears in the road. I continued to smile through it all. He saw that I could not get to me so he started going after my daughter, Nyasia started getting bullied in school.  He was pulling out all the stops. Satan was determined to steal, kill and destroy my joy. He was waging war against me. I tried to fight him on my own, but eventually he started winning. I prayed about the situation, I talked to God about everything that was on my heart, I praised him in song daily and God remained silent. I felt abandoned and just like that I started to feel discouraged and frustrated. I was waiting on God to do something about it, but God was waiting on me to do something about. Then one day while riding the train I heard the Lord say I will never leave you nor forsake you. It was then I realized I was never alone. God was beside me the entire time, but I had to rise up and declare war against Satan. God had equipped me with what I needed to stand against Satan. It was up to me to learn to use it. 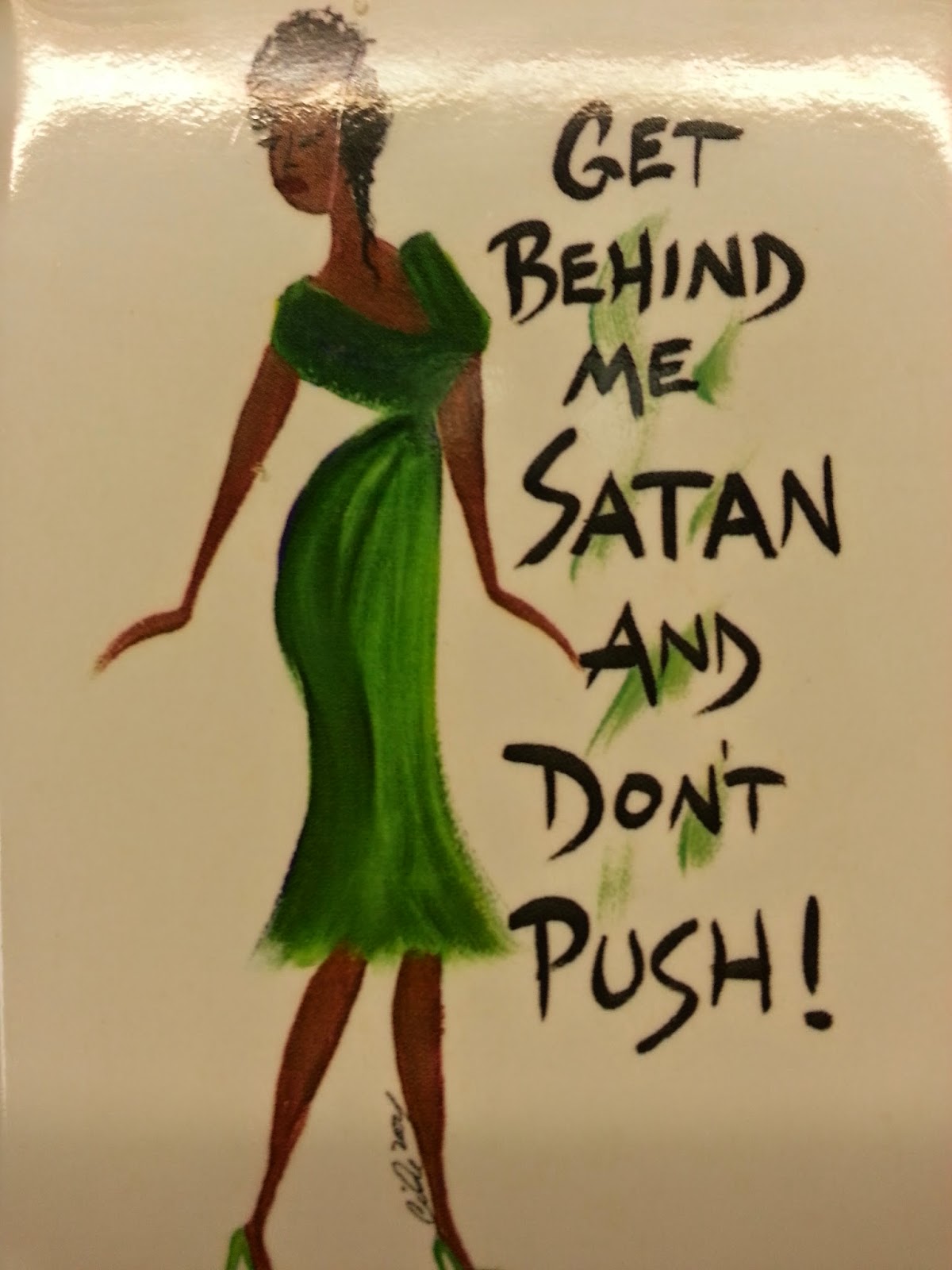 God knows my dreams and the desires of my heart, He knows what I want for my daughters. He knows what I want for myself. I do not know where I would be if it were not for him, I am happy to say that everything turned out for the best. I still have stumble upon a few obstacles along the way, but I now know how to approach them. I am forever grateful for all that God has done. I will praise him in advance for what he will do for me and my daughters.When I put God in the center, everything falls into place.

"Trust in the LORD with all your heart and lean not on your own understanding". Proverbs 3:5

What do you do when you feel like giving up?

A Rainbow of My Own

By Raising Brown Girls September 29, 2018
While sitting in the middle of my bed after waking up for the second time today, guess what I saw on my bedroom wall? A rainbow. Before you ask, no there was nothing in my window and there was nothing on my television stand that allowed any sort of reflection. I was baffled and amazed. Yet I continued to stare at it until it faded. I believe it was God's way of getting my attention. His way of communicating and relaying his message to me. There have been days when life seems to get the best of me. I have so much on my mind. It seems as though it is constantly racing. It never slows down or stop. As a result, I often have sleepless nights. There have been times when I wanted to give up which was the easiest thing to do. However, I know that quitting is never an option and not the example I want to set for my two brown girls. I know it is only because of God's grace that my strength grows and I can move forward. I often pray and talk to God. However, I have been prayin
Post a Comment
Read more

By Raising Brown Girls March 15, 2020
I just want to tell you that God is Good. He will use others to be a blessing in your life. I already told God Thank you, but I wanted to Thank God in Public. As I prepare myself for online service at Emmanuel Baptist Church, I began to reflect on some of the things that some people say out of that thing they call a mouth.  Then I realize people say things because they do not know any better. They do not know God and what he is capable of doing. But if it was not for his Grace (God blessing us when we do not deserve it) and Mercy (God not punishing us when our sins deserve it) where would you be today? Where would I be today?  Someone did not wake up this morning, but you were blessed to see another day. You did not wake your self up #GodDidThat. You are blessed to have your five senses for another day, #GodDidThat. Someone lost their job last week and may not be able to provide for their family, but that pink slip bypassed your desk #GodDidThat. My faith has been shook several times,
Post a Comment
Read more